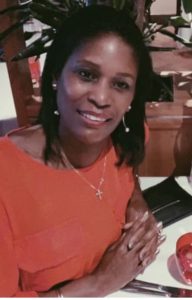 Laura Henry-Allain, award-winning, international Early Years author, speaker, consultant and creator of the BBC’s popular CBeebies characters JoJo and Gran Gran, has been awarded an MBE for Services to Education in the New Year Honours List. Laura is delighted to be included on the list alongside so many inspiring people who have each made an outstanding contribution in their particular field, including in local organisations and communities.

Recognition comes at the end of an extraordinary year for Laura, in which her characters JoJo and Gran Gran were adapted by the BBC to form the basis of a new show of the same name. This is the first animated series in the UK that features a black British family.

“I am absolutely delighted to be honoured with an MBE. I was shocked and emotional when I heard the news. I left school at 16 and worked as a clerk typist before starting a college course in Early Years education when I was 19. I knew then that I had found my passion! Since then I have dedicated my whole career to working with children, parents and those who work with them. I have gone on to complete more qualifications in education and management and being awarded this MBE, for Services to Education, is simply remarkable. I dedicate my MBE to my cousin, Junior, who recently loss his battle with cancer.”